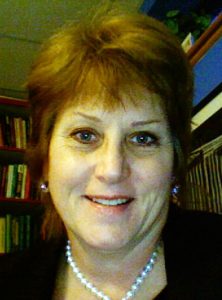 Dr. Karen Palasek is the current and founding Director of the E.A. Morris Fellowship for Emerging Leaders program, and is concurrently a member of the faculty of the Business School at Barton College in Wilson, N.C.

Dr. Palasek joined the John Locke Foundation in 2002, and from 2002 until her departure from Locke in 2011 she served in numerous roles, including policy analyst and Director of Educational and Academic Programs. Her most significant role began with the inauguration of the E.A. Morris Fellowship for Emerging Leaders program in 2005, and its first Class in 2006. The E.A. Morris Fellowship is an ongoing program that selects up to 16 qualified applicants annually, to participate in a series of retreats and leadership projects. In 2018 the E.A. Morris Fellowship will enroll its thirteenth class of Fellows.

Dr. Palasek has had a teaching role at a number of institutions in the Northeast, Mid-Atlantic and Southeast; Tuskegee University, the University of Hartford, Towson State University, Johns Hopkins University, George Mason University, North Carolina State University, Campbell University, William Peace University and Methodist University. She joined the faculty at Barton College in August of 2017. Karen has also worked as an independent consultant in the organization development field, and as a staffer in the U.S. House of Representatives.